So what exactly are the 2 most critical elements of any intimate relationship?

The 2 most critical elements of any intimate relationship are... attraction & connection!

More specifically, we're talking about emotional attraction and a depth of connection.

Everything else, is just smoke and mirrors.

Just think about what most people would consider the most important elements of a relationship... compatibility, communication, compromises. These are all smoke and mirrors to the truth.

The truth is, emotional attraction and a depth of connection are the only 2 things you need to focus on in order to have a passionate, loving and lasting relationship.

Here's what we believe... relationships are never about compatibility!

(And that happens around the world more than you could imagine!)

It's only when you don't feel like you have the ability to establish a strong sense of emotional attraction and chemistry with someone, that's when you resort back to the idea of compatibility.

...As if compatibility is to be the real blame.

If you've ever been in a relationship for any length of time, you'd know that communication often turns out to be miscommunication.

So we're not saying that communication isn't important, however it becomes infinitely easier when you do it through a filter of existing attraction and connection!

After all, communication is just a function of the relationship. It's an effect, not the cause.

If you have little attraction and connection, then the communication is going to reflect that, no matter how much you try to speak your partner's language.

If you have a lot of attraction and connection, then you could be speaking different languages and still understand each other.

...And compromises? They won't feel like compromises once you have enough attraction and connection.

So the real game here, is attraction and connection.

Because attraction is the fire that captures your heart and hijacks your mind. It's the chemistry, the spark and the energy that catapults two strangers into an intimate union.

Attraction is largely based on the idea of polarity, which occurs when there's a strong masculine energy meeting a strong feminine energy.

How attractive you are, is passive and doesn't mean a whole lot other than to determine how photogenic you are. (...and it doesn't matter a whole lot unless you end up in a relationship with a photograph.)

Connection on the other hand is the glue that bonds the relationship together over time. The depth of connection is what creates the trust and love that we all want and crave for.

So see it as that the differences between you and a man is what will mostly create the polarity and attraction, whereas the similarities are what will establish the connection.

(That's the most simplistic way to explain it anyway, because sometimes these can be opposing forces. Sometimes the more you try to connect, the less room you give to polarity and attraction... but more on that another day.)

So if you don't remember anything at all, remember that you need to always focus on attraction and connection. That's where the magic is at.

Everything else is just smoke and mirrors, distracting but not truly compelling.

Watch this quick video from Renee about why attraction is so important... 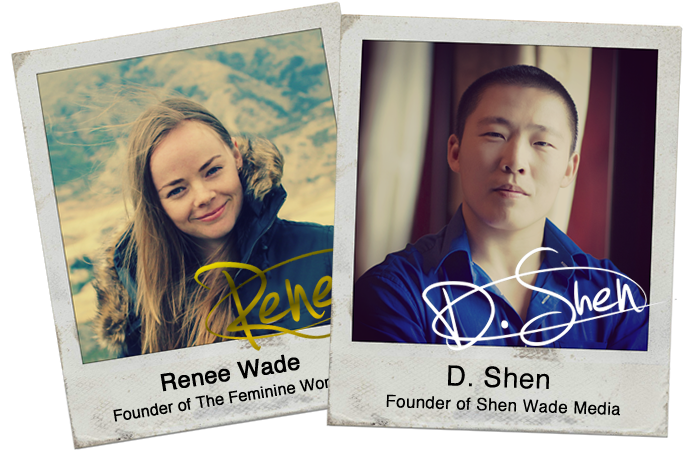 P.S. The problem with talking about attraction and connection is that these concepts are somewhat intangible. What that means for you is that you need to have a deeper understanding of the concepts of attraction and connection in order to know if you're on the right path. You can't just push a button and everything is suddenly better. It takes the right knowledge, insights and deeper understanding.