Why Men Pull Away and How to Deal With It As A High Value Woman, Even If You Feel Like An Emotional Wreck & Are Completely Petrified!

When your man suddenly pulls away, disappears or goes cold, it is a very scary time. You are not alone. There are thousands of women in a similar position to you right now, feeling scared and not knowing what to do.

The first thing to do, besides letting yourself feel all your feelings in private, is to know the one thing you should never say to him. Let me explain what that is and why in a moment.

It’s easy to get caught up with the emotions in response to your man’s withdrawal, especially when it was unexpected, and especially when you only just recently spent quality time together.

He hasn’t contacted you in way too long. It feels uncharacteristic, it feels scary, it feels wrong.

How should we as women interpret this behaviour from men?

How should we act so that not only do we not drive ourselves crazy from the inside out, but not look like a needy, desperate and low value woman?

In those moments of emotional chaos and confusion, it’s easy to say the first thing that seems to give you back that sense of control… but let me strongly advise you against it.

Why? Because men don’t communicate the same way as women. Because us as women, we are good at misinterpreting their silence and masculine actions. It is intuitive for us to misinterpret their silence.

Men pull away for their own masculine reasons, it’s easy for them to feel smothered by an intimate relationship that got intimate, even if they are deeply in love with you.

The real reason is because men may biologically and subconsciously feel like their masculine missions and drive is compromised if he is too engaged in an intimate relationship for too long.

And as a result, his stress level goes through the roof.

Science has shown that a man’s stress levels go through the roof much faster than a womans do, during times of emotional closeness and emotional intimacy. You’re probably familiar with this. Everything was so perfect...everything was going so well, you feel good around him and then he abruptly changes in to this intense and distracted human.

So the one thing you should NEVER say to a man in his moments of pulling away is to give him an ultimatum.

Never say something along the lines of… “If you don’t call me soon then I think it’s over between us.”

“I don’t deserve this. You obviously don’t love me.”

Because unfortunately, it traps him. He will see it as a form of restricting his personal freedom, which to a masculine man, is everything.

His sense of drive and mission is what allows him to show up as a masculine man in your life, and create the passionate polarity with you in the relationship.

It also telegraphs that you don’t truly understand what he needs as a man, as a masculine soul as ultimatums are the worst type of communication to a man!

It’s even worse than trying to chase down a man, which as you probably know would never work. The more you chase, the more “low value” you subconsciously become in his eyes.

(And as a result, the slow death of any attraction in the relationship.)

So what should you do instead?

What should you do so that he is able to come back to you with more love, more appreciation and respect for you as a woman?

What should you do that can make you feel more confident and also allows you to naturally show up as a high value woman in those moments of his withdrawal?

Download my special report "Why Men Pull Away and How to Deal With It As A High Value Woman", it will help you take the next logical and emotional step…

P.S. At the end of the day, men don’t respond well to ultimatums nor do they respond well to “low value” actions. There is a better way, however. You can always learn how to show up as a high value woman when your man pulls away so that he is able to come back to you with more love and affection.

What you will learn in this special report

But who am I to teach you?

Glad you asked! It has been nearly a decade that I've been teaching women in the areas of love and relationships. (I've had over 10 million women read my articles and be a part of our programs!)

In that time, I've had the privilege of seeing every kind of problem you could possibly imagine. From recently divorced 50 year old women not knowing how to navigate the world as a single woman, to women of any age wanting marriage and a deeper commitment - but getting that commitment seems worse than pulling teeth as they try to overcome their man's commitment resistance.

You can find more of my work at www.TheFeminineWoman.com. 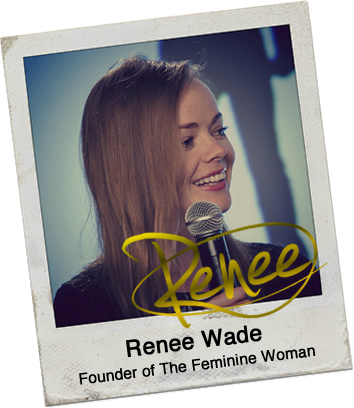 Why Men Pull Away and How to Deal With It As A High Value Woman, Even If You Feel Like An Emotional Wreck & Are Completely Petrified!

This Special Report Offer Ends In…

This Special Report Offer Ends In…